Only after returning from a trip to Alberta and looking at the long line of photos of equestrian events from Spruce Meadows did it occur to me that the ghost of Eadwear Muybridge haunts all who follow in this task. No matter how artistic the enterprise, trying to stop a horse in motion is always discursively linked to “Muybridge’s Horse,” as Rob Winger’s poem / ode / biography is called. It is, however, very annoying to see constant references to Muybridge (google “Muybridge horse” for a quarter-million hits) always leaping to the conclusion that he invented or led to motion pictures. While there is some truth in this, it is the stopping of motion that is truly remarkable in Muybridge’s equestrian enterprise. By developing shutter mechanisms that could stop motion faster than the eye could perceive it, Muybridge could “objectivize” the camera as a more powerful recorder of “truth” than our own eyes.

I don’t often work with super fast shutter speeds, but they require something different from the photographer. More anticipation of the moving subject, different focusing systems (it forced me to start using the “AI Servo” setting – for once!), a sense that you’re taking a picture of something that you’re never entirely “seeing” until you see the film / file / preview later. At Spruce Meadows, the thunder of horse hooves, fluid motions over the jumps, the clacks and crashes of the bars seem at odds with the still photographs that are stripped of sound and movement. The stopping of motion opens the field of view to horses’ veins, riders’ faces, and the contemplation of impossibly close spatial relations between the bars and the hooves. Stopping the motion is an inauthentic intrusion upon something never intended to be stopped. It is also an aesthetic desire that is both descended from Muybridge’s extreme externalization (the horse tripped the shutters set on strings) and a marked rejection of it through an urge to “capture” the moment, to frame the romance of equestrianism in all of its splendour. In part it is art v. science, but it is also a matter of embodying the photographer to frame the view, or separating the process of image creation entirely from human touch and letting the horse decide what is to be taken. After 3 hours of moderate frustration at trying to capture anything, I’m not sure if the horses were there for me or if I was there for the sake of the horses.

No good shots of Ian Miller, but did see his final ride to win the North American. These other shots will have to do. 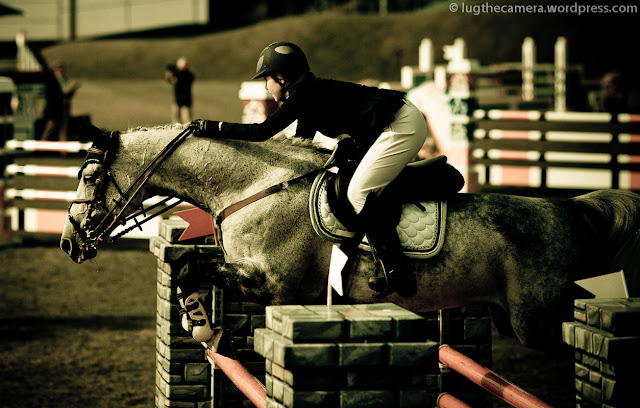 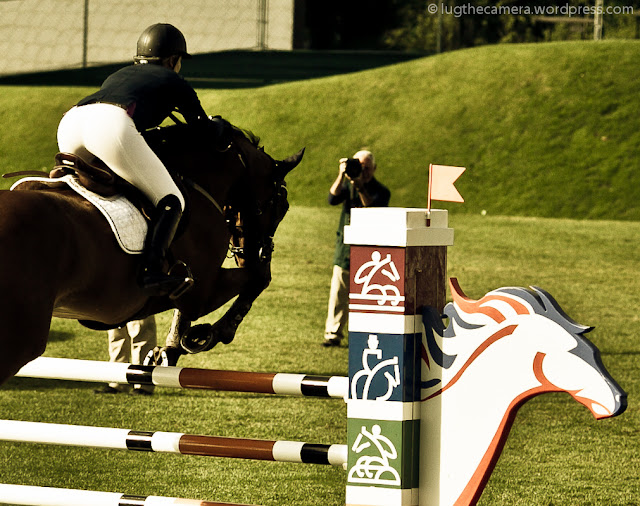